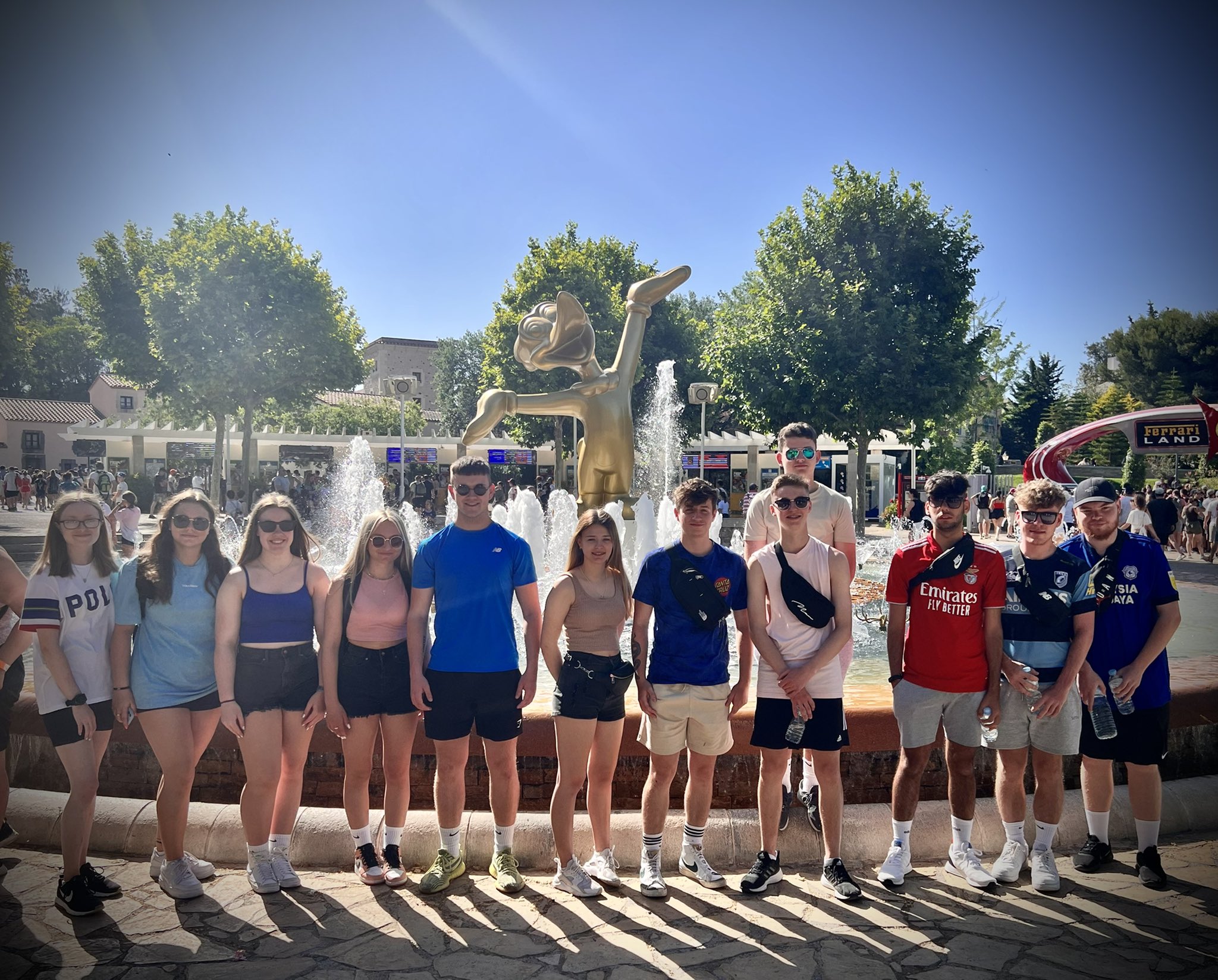 Who is the client?

Coleg Gwent, the client, is a further education college in South East Wales. With five campuses across the region, the importance of achieving the client’s objectives was heightened considering the large-scale nature of the project. More specifically, the target audience for the program was sports management students between the ages of 16-18.

Gwent College approached NexGen Careers with the challenge of providing their sports students with international work experience through an industry-specific program. Having met with the client to define the key goals of the project, the program was devised. The initial steps of the program were to coordinate the logistics of the project’s operations. This included organising full-board accommodation, including catering, and coordinating transport throughout the program. Aligned with the core aim of this program, all logistics were conducted with sustainability in mind. For example, all catering facilities were reusable, negating the need for single-use plastic. Once the operations were organised, the program’s contents were designed.

The objective was to facilitate twelve students from Coleg Gwent in participating in a two-week vocational sports management project, notably the first of its kind under the Erasmus+ framework for NexGen Careers. The overall aim of the project was to provide the students with international work experience by working for local companies in Salou, Spain, and help them develop valuable skills transferable to future employment opportunities.

The challenge presented by the client was to provide international work experience to their sports students. With that challenge in mind, the project sought to answer these questions:
E

How can NexGen Careers help students develop practical skills which can be transferred to future career opportunities?

How can we empower students with the confidence to explore different career prospects?

How can we use this program to highlight to students the importance of international work experience?

In the first week, students worked in small teams directly with local companies to coordinate an industry-specific sporting event. The events varied in focus from football to outdoor adventure. For NexGen Careers, there was an immediate challenge in hosting a program in a smaller, more remote location. This was especially difficult considering only two weeks were allocated to design and execute the program. Nonetheless, the NexGen team saw this as a valuable opportunity, allowing students to work outdoors. For students, working for an international company was challenging as it placed them outside their comfort zone. This difficulty was prominent especially considering the language barrier, as the clients operated in Spanish and the solutions provided were tailored towards the Spanish market. Nonetheless, the partnering businesses were very understanding and proactively engaged with students to aid their development, by sharing information from the business.
“Working for a client taught me good communication skills and more transferable skills such as leadership and public speaking.”

Students utilized critical thinking in conducting research to thoroughly understand their client’s market position, the key objectives, and the target audience. This allowed for creative solutions, to ensure their client could utilize the event to solve problems they may be facing and gain a competitive edge. The week concluded by teams presenting the project’s results, including the concept, design, and logistical operations of the event. This was hugely fulfilling for students to see their plans come to life. Throughout the event coordination, coaches were “really helpful and supportive.”

The second week focused on integrating project ideas with social enterprise development. The importance of this week was to highlight that irrespective of companies’ size or turnover, social, environmental, and economically sustainable practices should be implemented. Students creatively demonstrated how sports can be utilized to consistently achieve wider sustainable strategies, notably meeting targets aligned with the UN Sustainable Development Goals. The week was spent synthesizing research into a presentation, which was subsequently submitted to a panel of experts and teachers to select a winning team based on five core criteria. Many students found public speaking initially challenging, but the NexGen coaches delivered presentation workshops to empower them to pitch confidently. This week produced innovative and diverse proposals. For example, one idea focused around designing a football league for army veterans suffering with PTSD. Alternatively, another team proposed the production of vegan sports gear with the aim of mitigating against animal extinction.

Overall, the program provided more than just work experience. NexGen offered transport and activities for students to enjoy on the weekend so they could explore the town and become immersed in Spanish culture. For example, students went on tours in the Roman city of Tarragona and enjoyed the Port Aventura theme park. As the coach, Alba noticed a significant improvement in students’ personal growth alongside professional skills development.

“Working with this group has been great. We have learnt a lot about the sports industry and we have enjoyed the fantastic surroundings organising a sports day at the beach in Salou.”

The program was hugely successful for students and the partnering local businesses. For students, three key skills were developed: public speaking, teamwork, and analytical proficiency. Especially considering that 70% of the working population now work exclusively for SMEs, start-up companies, and freelance, the ability to confidently present and report concisely was fundamental. As sports students, most already had foundational teamwork abilities, but transferring this to a work environment was challenging. By the end of the project, they were confident in verbalising their own skills and being empathetic when listening to others, which made them more committed to achieving the overall project aim. Team leaders were able to empower those who felt less confident, whilst also adapting their roles within the team where weaknesses were recognised.

Beyond everything, the project motivated students to explore their future career prospects. For many, having access to one-on-one training and supporting resources they otherwise would not have, gives them the opportunity to develop transferable skills for further work opportunities.

“My path has become clearer for the future”

Back to Case Studies